On Sunday, May 22, joined the camp of the Ukrainian national team in Slovenia Ruslan Malinovsky. On the eve of Atalanta played the last match in Serie A, and Ruslan immediately arrived at the Elegance Hotel in Brdo. After a long separation (six months after the victory in Bosnia) there was something to talk about with the guys – both about the war and about football. Warm hugs from friends, friendly jokes, mutual support – and to work!

Already during physical exercises in the gym, the guys actively watched the decisive matches of the English Premier League, in which Manchester City Alexandra Zinchenko in absentia competed for the championship with Liverpool. When the first half of the match against Aston Villa ended with the defeat of the “citizens”, it was noticeable that the guys were a little worried about the result. Although everyone as one confidently said that Zinchenko would come on as a substitute and City would win. In the end, this is what happened – in the second half, Sasha entered the field, gave an assist, and his team, having made an impressive comeback, won the 4th championship in the last 5 years.

The guys learned this news during a break between game sessions. She made everyone very happy. After the championship of Alexander Zubkov with Ferencváros, Andrey Lunin with Real Madrid and Eduard Sobol from Brugge, this is already the fourth European Championship triumph in the blue-yellow squad this season.

As for the work on the field, after the warm-up, the guys played square, after which they practiced actions in defense and attack. The main part of the lesson was devoted to the development of tactical models in game series. In the final period of the preparatory camp, the coaching staff will focus on this, because there is just over a week left before the game with Scotland.

On May 23, Andriy Yarmolenko and Vitaliy Mykolenko, whose clubs also ended the season, and subsequently the champions of England and Belgium, Alexander Zinchenko and Eduard Sobol, respectively, are expected to arrive, immediately after their clubs’ well-deserved celebration of gold medals. 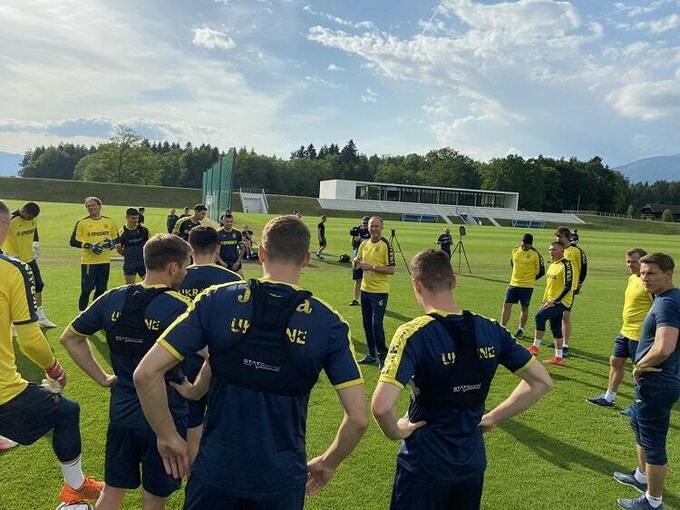 Kalinina withdrew from the tournament in Hamburg, which will be held next week

Ronen GINZBURG: Sanon’s main problem is too much potential