At the end of April, the football world was shaken by the news of the untimely death of superspy Mino Raiola. He died in Milan at the age of 55, leaving behind a grandiose legacy in the form of an agency whose clients are top stars – Erling Haaland, Paul Pogba, Gianluigi Donnarumma, Matthijs de Ligt, Marco Verratti and others.

Raiola had a phenomenal feature – he always managed to be in the public eye, and to have his own point of view, which he was not afraid to defend in disputes with the most serious interlocutors. Mino got into football precisely because of his character. Initially, Raiola worked in the restaurant business, where one of the regular customers of his establishments was the president of the Dutch second-league club Haarlem, Andre van Erden. With the latter, Mino often had emotional discussions, during which the football boss received criticism from the interlocutor for doing things wrong. At a certain point, Van Erden got tired of listening to the negativity from the young Raiola at that time, and he was appointed to the post of sports director of Harlem.

Raiola subsequently showed his character and firmness of spirit in the agency business. There are probably no people in the world of football who would not know the basic details of the negotiation process between Paul Pogba and Manchester United in 2012. Then it was Raiola who represented the interests of the young Frenchman, who was in direct contact with the legendary Red Devils manager Alex Ferguson.

It is known that the negotiations between Pogba and Manchester United ended in failure, as a result of which the midfielder left as a free agent for Juventus. Raiola told Ferguson to his face that “even my Chihuahuas would not accept such an offer,” in response to which the eminent Scot publicly called Mino “a sucker.”

But Raiola didn’t care who said what about him. He was in business, defending the interests of his clients and, of course, not forgetting his own. After the Dutch agent passed away, many analysts from the football world suggested that Raiola’s top clients would disperse to other agencies. However, so far the matter has been limited to the departure of Romelu Lukaku and Markus Thuram, both of whom decided to go “under the wing” to other mediators even before the death of Mino. 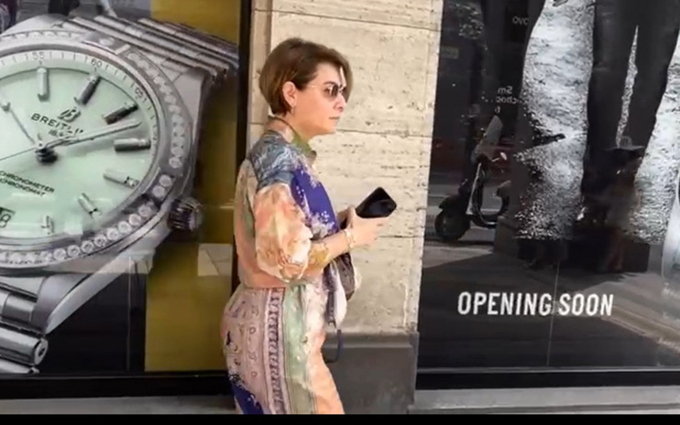 Now, Rafaela Pimenta, a Brazilian law professor, is coming to the fore in the agency created by Raiola. Very little is known about this woman. Ultimately, it is difficult to find any unambiguous information about her age and marital status, but for football, such nuances are still not so important. Much more interesting is that Pimenta has worked side by side with Raiola for the past 18 years, and this despite the fact that Mino, according to knowledgeable people, was an incredibly suspicious person, and preferred not to let strangers near him. Largely due to the latter factor, Raiola’s agency, despite the huge number of stellar clients, had a minimum of employees – himself, his cousin Vincenzo, sons Mario and Gabriele, secretary, intelligence scout, communications expert, as well as Rafaela Pimenta.

According to media reports, Pimenta studied law at the University of São Paulo before joining Brazil’s antitrust committee during the presidency of Fernando Henrique Cardoso. Already in those days, the woman earned the image of an adherent of an extremely strict approach, which was transferred to her subsequent work, already together with Raiola.

Mino first met Pimenta in Brazil in 1998, when the woman helped Rivaldo and Cesar Sampaio, who decided to found a football club called Guaratingueta, solve the legal issues. The newly formed team demanded publicity about itself in the media, for which a number of friendly matches were organized, one of which Raiola flew from Europe. Subsequently, this acquaintance played a key role in the success of Mino’s agency project.

Raiola and Pimenta successfully complemented each other in their work. The first was an extrovert and liked to be on the front pages of football publications, while the Brazilian preferred to always remain in the background. At the same time, Pimenta had an unlimited credit of trust from the Dutchman. Moreover, in many ways, it was Rafaela who led that fundamentally strict line of negotiations with football clubs, which brought fame and a certain shade of scandal to the Raiola agency.

The Athletic, citing an unnamed English Premier League club boss, noted that Pimenta is not only “the most important person in football among those whom no one knows anything about”, but also unambiguously “the toughest negotiator of all when or existing.” It was rumored that when Rafaela Pimenta sat down at the negotiating table, her femininity left her completely, and a seasoned lawyer and lawyer broke out, working to the last on the most seemingly insignificant details of the contract.

There is other evidence that speaks in favor of Pimenta’s incredible importance and influence in the Raiola agency. Some of them indicate that Paul Pogba prefers not to make important decisions, not only in his football career, but also in everyday life, until he receives advice from Pimenta. The French midfielder even introduced Rafaela to his children, who call the woman only “Aunt Rafa”. 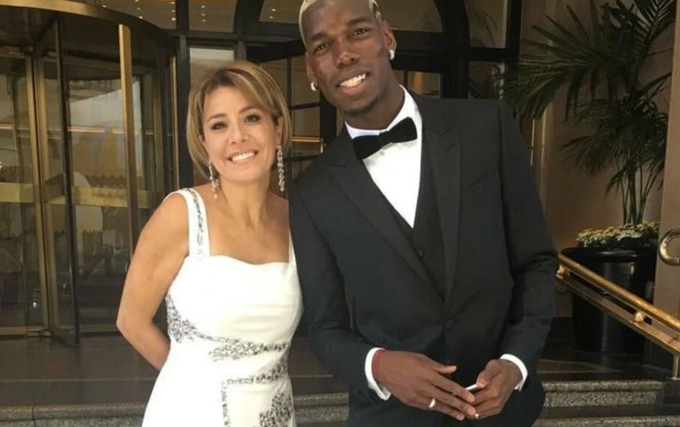 The fact that Pimenta will be able to become the new super agent of world football and worthily continue the path of Mino Raiola is also evidenced by recent deals concluded through the direct mediation of Rafaela. We are talking about the transfers of Erling Haaland from Borussia Dortmund to Manchester City, as well as Ryan Gravenberh and Nussair Mazraoui from Ajax to Bayern.

After Raiola’s death, Pimenta will continue to run the Dutchman’s agency along with Mino’s two sons. Obviously, the Brazilian absolutely does not need PR and publicity, and therefore, as before, she will try to stay in the background, and Mario Raiola and his brother Gabriele will come to the fore. They say that the latter have already been imbued with the ideas of their father and got a taste of the agency business in football, but in the coming years they have yet to learn many tricks and subtleties that their father Mino skillfully used. It is also obvious that Rafaela Pimenta will take on most of the responsibility for the business of the Raiola family, and “Aunt Rafa” will definitely help the heirs of a well-known agent to become as successful as possible in the business to which she has devoted almost two decades of her life.

Over the past day, the Armed Forces of Ukraine destroyed 250 Russian soldiers, 15 tanks and 17 armored vehicles

Over the past day, the Armed Forces of Ukraine destroyed 250 Russian soldiers, 15 tanks and 17 armored vehicles

There was a conflict between Lucescu and Gusev in Dynamo. The situation was decided by the president of the club