In the third round, the Ukrainian lost in three sets to Julia Niemeyer from Germany (No. 97 WTA).

It was the first meeting of tennis players. Tsurenko was unable to break into the fourth round of Wimbledon for the first time in her career.

In the next round, Niemeyer will face Kaya Juvan (#62 WTA) or Heather Watson (#121 WTA). This is her debut performance at Wimbledon. 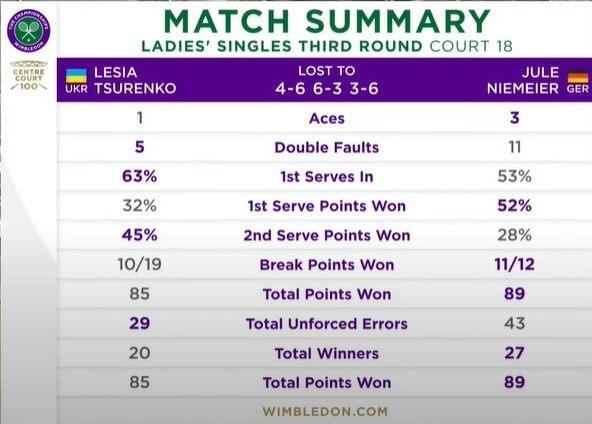 Dmitry RIZNYK: “We won’t feel at home in Poland”

Dmitry RIZNYK: “We won’t feel at home in Poland”

KOSTIUK on the match with Kreichikova: “For me, this is a very special victory”