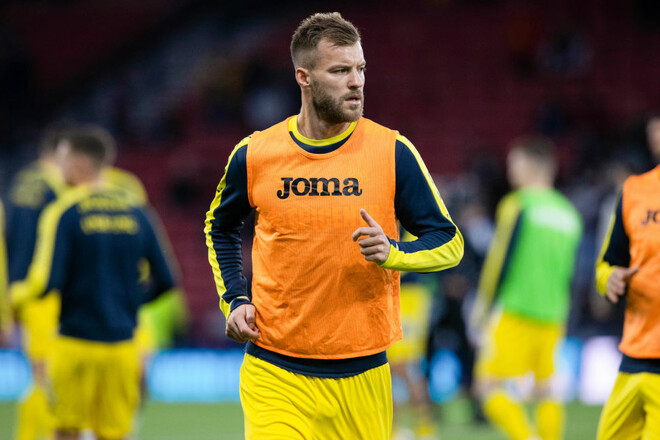 The team of Joaquin Caparros is an outsider of our group. After four rounds, the Armenians have only three points and the last place in the table. With a difference of goals scored and goals conceded 2-9.

However, it is definitely not worth discounting the Transcaucasian team. At least because in the first round the Armenians sensationally beat the Irish at home – 1:0 (thanks to a crazy long-range shot). Further, they did not work out, but, nevertheless, the Armenian team performs much better at home than on the road.

This is evidenced, at least, by the fact that earlier the Armenians in Yerevan twice managed to draw with the Ukrainian team.

On the eve of the match against the Blue-Yellows, there are no personnel problems in the Caparros team.

Immediately after the match in Glasgow against the Scottish team, in which the Blue-Yellows suffered a crushing defeat 0:3, the Ukrainian team went to the capital of Armenia. After a five-hour flight, the Ukrainian delegation arrived in Yerevan.

There is practically no time for recovery and preparation for the match, as well as for the game against the “tartan army”, so again we will have to play from a “clean slate”. I would really like to hope that this time the wards of Alexander Petrakov will not soil the “sheet”.

Not everyone arrived from Glasgow to Yerevan: Anatoly Trubin left for the location of the Ukrainian youth team, which will play an important Euro 2023 playoff match against the Slovakian team. Victor Kovalenko, whose injury turned out to be more difficult than previously thought, will not help our team in Yerevan either. The midfielder left for Spezia. Thus, Viktor replenished the infirmary of our team, where Buschan, Shaparenko and Zinchenko “registered”.

But in the camp of the “blue-yellows” new faces appeared. Goalkeeper Evgeny Volynets, who was unable to fly to Scotland due to the lack of a British visa, flew to Yerevan on a flight from Warsaw and joined his partners. Also, defender Eduard Sarapiy arrived at the training camp of the Blue-and-Yellows, who was on the reserve list for the game against the Scots.

Upon arrival in Yerevan, the Ukrainian team held an evening training session. Vitaliy Mikolenko, who missed the fight against Clark’s team due to a small injury, worked on an equal footing with everyone else. Most likely, Vitali will be able to play against Armenia.

By the way, in the first game against the Armenians, which took place in the summer in Poland, the Ukrainians won a confident victory 3:0. One of the goals (the third one) was scored then by Mikolenko. That goal was the first for the young defender scored for the main team of the country.

And that fight is also memorable because it was the last game for the Ukrainian national team for goalkeeper Andriy Pyatov. Shakhtar’s goalkeeper stopped at 102 matches for the national team.

The Armenian national team can be considered a convenient opponent for the national team of Ukraine: so far, the blue-yellows have not lost in nine matches played: six wins and three draws.

From the point of view of functional training, the hosts look better, because on the day when the Ukrainians played against the Scots, the Armenians had a rest. Plus, a difficult long flight from Glasgow to Yerevan is also not in our favor. And Armenia always plays much better at home than away. That is, the fight in Yerevan will definitely not be an easy walk for the Blue-Yellows.

However, speaking objectively, the level of the Ukrainian national team is clearly higher – both team and individual. So the guests will have something to compensate for the trump cards of the hosts. In addition, it seems that after a heavy slap in the face at Hampden Park, the Ukrainians need to rehabilitate themselves, wash off that defeat with a confident game and victory, because no one canceled the task of taking first place in the group.

Suppose that in a difficult and viscous match, the Ukrainian team wins a minimal victory 2:1.

Bosnia and Herzegovina – Montenegro – 1:0. Step into the elite. Match review

Bosnia and Herzegovina - Montenegro - 1:0. Step into the elite. Match review

Emma RADOUCANU: “During the week I had problems with my back”

Maccabi – PSG – 1:3. The star trio made the result. Goal video and review