The youth football team of Ukraine is close to entering the Euro U-21. The Ukrainians have to take the last step – to defeat Slovakia in the play-offs. Matches are scheduled for 23 and 27 September.

Rotan evolves as a coach

Ruslan Rotan was strongly criticized after the first selection, and when something began to come out, they began not to notice the success of the young coach. It’s a pity, because the youth team with the helmsman Rotan has been very successful in the last two years.

Rotan immediately after the appointment became the target of criticism, because he led the youth team instead of Alexander Petrakov, who had won the youth world championship before that. It would be logical for Alexander Vasilyevich and his wards to take the next step and start working with the youth team. But, despite winning the World Cup, Petrakov received the 2003 national team and began a new cycle with youth teams. 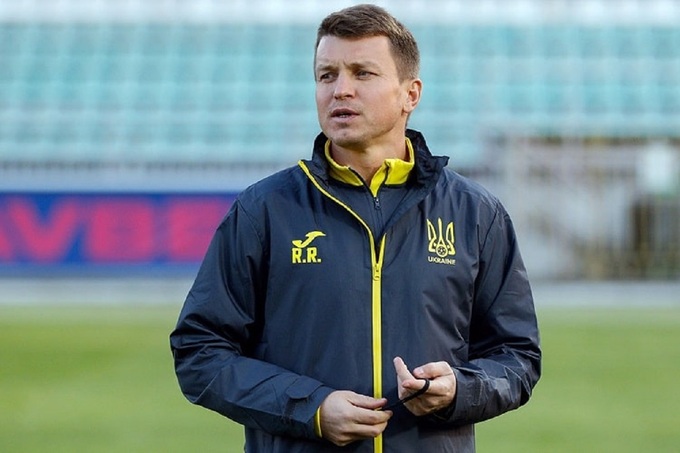 Indeed, Rotan failed the first qualifying round. Or rather, the first part of it. The Ukrainians had neither a game nor a result. We tried to dominate the field, to play the first number, but none of this worked. Ruslan Petrovich wanted to build something, but there was simply no time for it.

One of the main strengths of the “youth team” is the locker room. The players are maximally united by a single goal and trust the coach. All this is very reminiscent of Dnipro, where Rotan was the team captain. A mentor for them, rather, is not a coach, but a senior friend who can support, give advice, inspire, but not criticize. Conditions should be created for the players to show their best qualities.

The style of the national team moved from dominant to rational. Rotan’s wards abandoned the idea of ​​controlling the ball for a long time, and tried to quickly cross the middle of the field and simplify the game in defense. This allowed us to avoid unnecessary mistakes.

Already in the second part of the last selection, the youth team took revenge for the defeat from Romania, lost a guest victory over the leader of the group – the Danish national team. Success continued in the next selection – the Ukrainians took second place ahead of schedule, losing only 7 points. Of the failures – only a fiasco in the suburbs of Paris, where everything was decided by the not very necessary removal of Taloverov with the score 0:0 at the end of the first half. Then France defeated the opponent – 5:0.

The generations that participated in the Euro looked more convincing than the current one. 2005 – Artem Milevsky, Alexander Aliev, Dmitry Chygrinsky, Andriy Pyatov, Taras Mikhalik. 2011 – Andrey Yarmolenko, Evgeny Konoplyanka, Taras Stepanenko, Roman Zozulya, Artem Kravets, Sergey Krivtsov. Now it is impossible to talk about talents of this level. Everything is very modest. There are not enough players in certain positions.

The two main goalkeepers are Dynamo’s Ruslan Neshcheret and Pitman Anatoly Trubin. Uncontested Aleksey Sych from Kortrijk on the right flank of the defense. In the center of defense we started with Maxim Taloverov and Arseniy Batagov. The first played somewhere in the Czech Republic, while Batagov did not have match practice in Dnipro-1. Then they were joined by Dynamo players Anton Bol and Alexander Sirota. The left flank is behind the Dynamo player Konstantin Vivcharenko.

Support zone – players from the Dynamo system Bogdan Biloshevsky, Nikolay Mikhailenko and Vladimir Brazhko. Above – Artem Bondarenko, Georgy Sudakov, Dmitry Kryskiv. With the support of the young generation at the junctions – Oleg Ocheretko and Yegor Yarmolyuk. The problems were with the wingers. Rotan actually had two of them – Mikhail Mudrik and Alexander Nazarenko. The first is already a player of the national team, and the second cannot get in shape in Dnipro-1. The only alternative is Minaya’s player Kuliev. Maxime Bragaru and Maxime Khlan are not called to the junctions. Rotan also actively used Sudakov on the flanks. Vlad Vanat can also play there. 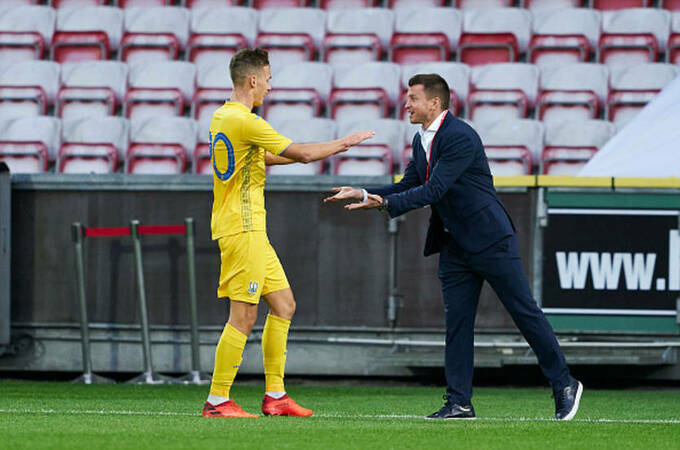 There are only star names in the attack – Vladislav Supryaga, Nikolai Kukharevich, Daniil Sikan, Vladislav Vanat, Bogdan Vyunnik. But no one has been able to establish himself in this position. There were some separate successful matches, but in general, a strong forward was not enough. Spouse is injured. The rest do not consistently play for their clubs.

Who is the team leader? Bondarenko. It is the midfielder of Shakhtar who is the brain center of the team and actually leads its game.

Ukraine is the undisputed favorite in the match against Slovakia

Ukraine was lucky with the draw. We did not come across Croatia, which has a very strong squad. We avoided the difficult flight to Iceland and the special weather conditions there. We got the weakest team among the possible – Slovakia. The Slovaks became the second in the group only because the Russians were disqualified. Spain is the winner. Getting ahead of Malta, Lithuania and Northern Ireland is a so-so achievement. In addition to two defeats against the Spaniards, Slovakia has a loss away from Northern Ireland. But you don’t have to wear hats. At home, the Slovaks scored twice against Spain.

Slovakia is a small and not very football country. Hockey dominates here. The level of the local championship is low. The best talents leave to conquer Europe, especially Italy. Most of the youth players play at home. The main star is the reserve striker of “Spice” David Sagittarius. The team captain, Peter Pokorny, should also be singled out. The contract of the Slovakian defender belongs to Real Sociedad, but this season he competes with Ukrainian Evgeny Makarenko for a place in the Hungarian Fehervar on loan. Pokorny was brought up in the system of the Austrian “Salzburg”. In the summer, the central midfielder Jakub Kadak became a player of the Swiss “Lucerne”. The leader of the defense is Jakub Ober from Sampdoria, but this season he plays for Cagliari. The team is coached by Yaroslav Kentos, who previously worked with Zhilina.

There is nothing special about Slovakia’s game. This is a very unaesthetic team, playing through physical struggle, long passes. They do not play themselves and do not let others play. They look for the opponent’s mistakes or impose a fight and get the result. The strength of this team is in discipline, teamwork. Individual skill is limping on two legs.

The main thing here is that Ukraine does not lose to its problems. We play without a match at home. Sudakov got injured in the match against Celtic. He really needs to recover. Winger problems. The presence of Mudrik could remove many questions. But he is already in the national team and is preparing for the LN matches. I understand that youth football is an opportunity to get into adult football, but Ukraine does not play the Euros that often. Therefore, exceptions must be made for such matches. Fortunately, although Trubin was released to help the youth team.

Ilya Zabarny had nothing to do with the youth team. Rotan has no problems with the quality and quantity of centerbacks. Therefore, this question is not worth raising.

If the Ukrainians play at the same level as in the group stage of qualification, there will be no problems with access to the Euro.

COACH Metallist: “The team is preparing for the matches in a positive atmosphere”

COACH Metallist: "The team is preparing for the matches in a positive atmosphere"