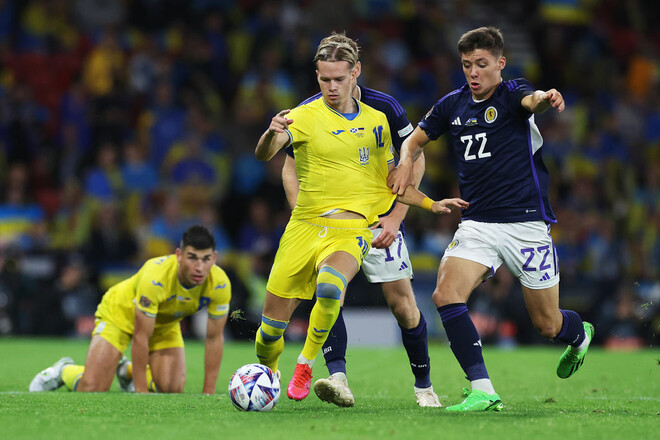 At the Nations League match Scotland – Ukraine (3:0) in Glasgow, there were scouts from several clubs of the English Premier League.

According to the source, breeders from Arsenal, Chelsea, Brentford, Brighton, Everton, Leeds, Newcastle, West Ham and Wolverhampton were spotted in the stands.

The publication notes that of the Ukrainian players, scouts were most interested in Shakhtar winger Mykhailo Mudryk, who leads the Champions League in the goal + pass system.

Oleksandr Usyk: “They say that the fight with Joshua was easy for me. This is not true”