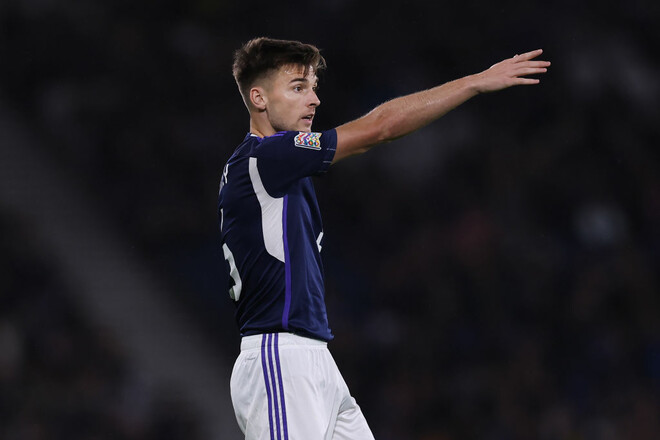 Scottish defender of the London “Arsenal” Kieran Tierney was injured in the match of the 5th round of the League of Nations against Ireland (2:1) and left the location of the national team.

The Gunners press office said that Tierney had a head injury. While he can not play, but more as a precaution.

Scotland are 1st in Nations League Division B Group 1 with 12 points after 5 rounds. The second position belongs to the Ukrainian team (11 points). On Tuesday, September 27, the teams will sort things out in a face-to-face dispute in Krakow.

Earlier, Scotland coach Steve Clark spoke about the problems of the team before the match with Ukraine.

Knockout in the third round. Khegai confidently defeated the Mexican opponent