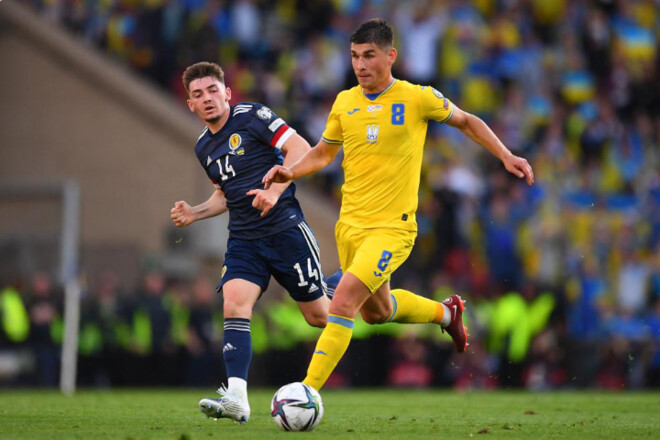 On Wednesday, September 27, the match of the 6th round of the group stage of the League of Nations will take place, in which the national teams of Ukraine and Scotland will play. The game will be held in Krakow (Poland) on the field of the Cracovia stadium, starting at 21:45 Kyiv time.

After the full-scale invasion of Ukraine by the Russian Federation and the impossibility of our team to play in the spring, UEFA seriously thought about the fact that the result of the qualifying match for the World Cup between Ukraine and Scotland should be included in the Nations League. If it happened, we would be better off – after the June victory 3:1, the recent match in which our team shamefully lost to the Scots (0:3) would simply not exist. The problem of getting out of the group would have already been solved, how many of our 13 points would be unattainable for the Scottish nine.

But all this happened in an alternative reality, and in ours there is the fact that after five rounds the Ukrainians are in second place in the tournament with ten points, and the Scots are in first with twelve. Therefore, in Krakow, Petrakov’s wards will only need a victory if we want to return to the first division. The head coach will have a difficult choice in terms of squad – in the last game, many reservists played against the Armenians, but they managed to win a convincing victory with a score of 5:0.

Sport.ua will conduct a text broadcast of the match between Ukraine and Scotland, which you can follow here.