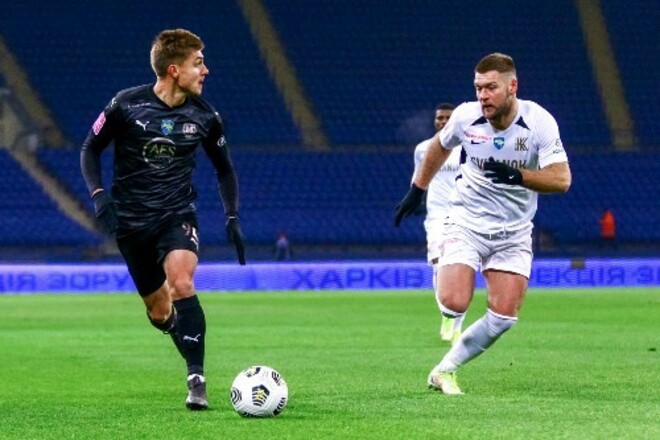 It so happened according to the calendar that in the upcoming round, Kolos will again meet Metalist Kharkiv on the green field. Only now with the prefix “1925”. However, unlike the previous opponent, with whom the Kovalev players had their debut match in the national championship, Kolos has a long-standing relationship with this club.

The Kharkiv team got off to a good start in the new season. They have a strong-willed victory over Vorskla 3:2, as well as two goalless draws with Shakhtar and Chornomorets. And only the match with Dnipro-1 turned out to be unsuccessful, in which Valery Kryventsov’s wards lost with a big score of 0:3.

Since Metalist 1925 has undergone quite a lot of changes compared to the previous championship, the coaching staff has to build the team’s game already in the course of the new tournament. Obviously, newcomers came to the court, first of all, such football players as goalkeeper Oleg Mozil, defenders Igor Kurilo, Nikita Bezugly, Mikhail Rudavsky, Dmitry Kapinus, midfield players Yaroslav Martynyuk, Konstantin Bychek, and, of course, already known in Ukraine and quite experienced forward Andrei Boryachuk. It was his two accurate shots that brought the Kharkiv team victory in the game with Vorskla.

During the forced pause for the matches of the Ukrainian national team, Metalist 1925 again met with Chornomorets, but in a test match. This time Kharkiv lost with a score of 1:3. Their only goal was scored by Martynyuk.

And further. Last week it became known that one of the brightest representatives of Kharkiv football in recent years, ex-player of the Ukrainian national team Edmar, who, by the way, ended his playing career at Metalist 1925, will now work in the club. So, for sure, his presence here and useful advice will help to achieve new successes not only for young people, whom he will directly train, but also for the current main team.

While Metalist 1925 got off to a good start, Kolos started the Ukrainian Championship just great, scoring three victories and drawing once. At the moment, Kovalevites are leading the standings together with Shakhtar. And this despite the fact that the team of Yaroslav Vishnyak was not considered by specialists to be the clear favorites of the Premier League.

Kolos’ defensive line looks especially reliable, which conceded only one goal in four rounds. It was thanks to this indicator that the head coach of the Ukrainian national team Oleksandr Petrakov, who first invited the goalkeeper to the main team of the country, drew attention to the goalkeeper of the Kovalevites Yevgeny Volynets. And in the final match of the League of Nations Ukraine – Scotland Volynets was already on the bench.

Although, on the other hand, Kolos won all three matches at their own stadium in Kovalevka (albeit without spectators), and they will have to play with Metalist 1925 in Kyiv at the NSC Olimpiyskiy. Whether this factor will be of great importance is still difficult to say. But in the only away match against Minay, the performance of the Kovalevsky team, to put it mildly, did not impress.

Like the Kharkiv team, Kolos players filled the break in the championship with a test match. Their rival was Zorya Lugansk. The victory was won by “Kolos” thanks to the accurate blow of its veteran and team captain Vadim Milko. In addition, the experienced midfielder Andriy Bogdanov returned to the Kovalev club, who almost from the beginning of the war served in the Armed Forces of Ukraine and defended our country from Russian aggressors.

“Metalist 1925” and “Kolos” began their rivalry at the level of the first league. In the 2018-2019 season, both their head-to-head meetings ended with the same score 0:0. In the Premier League, the teams played each other for the first time in the previous championship. Here, Kolos won both times – 1:0 at home (the goal was scored by Denis Kostyshyn) and in Kharkiv 1:0 (Brazilian legionnaire of the guests Diego Carioca scored). The opponents had one more match before the current championship. Then Kharkiv won with a score of 2:1.

Forecast for the confrontation:

Considering that both teams played their last official match in the Premier League on September 11, now it is hardly possible to confidently say who is in what form and name the winner of the confrontation. So we bet on a draw 1:1.

Fury – Joshua: “You won’t sign a contract, but I’m giving you more time”

Tyson Fury: Chisora ​​is as dangerous as Usyk

KRASTINS: I don’t approve of people throwing stones at players who played in Russia