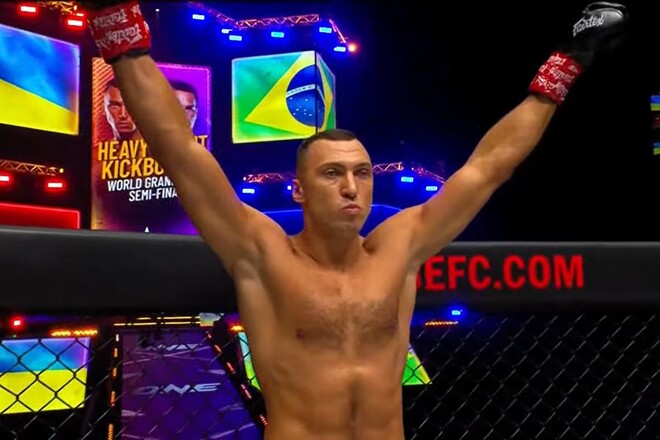 At the ONE 161 show, which took place in Singapore, Roman’s opponent was a Brazilian Guto Innocent (40–10).

30-year-old Roman Krykla, whose height is 2 meters, owns the ONE Championship belt in light heavyweight. However, this fight was not a title defense, but was a heavyweight grand prix semi-final.

Kryklya left no chance for his opponent, unleashing a hurricane of blows on him. Inocente tried to get back on his feet and continue the fight, but the referee immediately stopped further beating.

In the other semi-final bout, Iraj Azizpour of Iran defeated Bruno Chavez of Brazil by unanimous decision. The final between Krykla and Azizpur will take place at one of the next One promotion tournaments.

Alexander NUEBEL: “Return to Bavaria? It makes no sense, there is Neuer “

Patrick van Leeuwen: “All the problems for Zarya at once – both anxiety and lighting”

Alexander NUEBEL: “Return to Bavaria? It makes no sense, there is Neuer "

VIDEO. ARTETA’s reaction to the crushing victory over Brentford