The third edition of the League of Nations has ended, only the final four is ahead. Perhaps, it was the current tournament that became the most unnecessary for many participants.

The very establishment of the UEFA Nations League football competition was received with great enthusiasm. Instead of uninteresting friendly matches, there is a tournament with a mass of bright posters, real bonuses and even chances, thanks to success in it, to break into a continental or world forum. After all, the Nations League seemed to be a more attractive tournament than most qualifying matches. It is hard to imagine that, say, a German fan is strongly excited by a match with Liechtenstein, an English fan with San Marino, etc. And Ukraine, in general, has been tormented for many years with the search for sparring partners of at least some level.

I really liked the first draw of the League of Nations, which took place in 2018-2019. For the Ukrainian national team, it was the first success under Andriy Shevchenko – our national won its group ahead of schedule, ahead of the Czech Republic and Slovakia.

It was a lot of fun in League A. What is the path of the Spaniards, who started with the defeat of Croatia (6:0), then outplayed the British in the class (2:1), but at the finish they dramatically lost to both rivals with a score of 2:3 and did not get into final four. In the match for the first place in the group, Belgium led 2:0 on the field of Switzerland, even a minimal defeat suited her, but the bronze medalist of the World Championship managed to fly in 2:5. Germany was greatly disgraced, which scored two points in the group with France and the Netherlands and was supposed to drop into League B, but the regulations have changed, as described below. Spectacular turned out to be the final four, the winner of which was Portugal.

But then the problems started.

The second edition of the Nations League, which started in September 2020, was supposed to follow the European Championship in order. After major tournaments, usually in the national teams there is a change of generations, a change of coaches, a search for new meanings and ideas.

But the coronavirus pandemic has taken its toll. Euro 2020 left the naming, but postponed to the summer of 2021. Many teams ended up in a split: what changes and experiments, if the main tournament is now already a three-year cycle ahead?

Of course, the lack of spectators in the stands due to the same coronavirus pandemic hit the attractiveness of the second League of Nations – rare exceptions were, for example, the home matches of the Ukrainian national team against Germany and Spain. Over the previous months, the players got used to playing in front of empty stands, but still there was little pleasant.

The completely sporting component of the tournament was broken by the story of the Ukrainian national team, which was credited with a forfeit defeat in the away match with Switzerland in the sixth round due to the coronavirus epidemic in the team – the local authorities left no chance to bring at least an alternative roster. And that techie for ours meant relegation to the second-ranking division.

The third draw of the League of Nations was also a victim of circumstances. Under normal circumstances, the group stage of the competition would have taken place from September to November 2022. However, the impossibility of holding the World Cup in Qatar in the summer, its postponement to November-December, hit the League of Nations. The tournament, which now preceded the World Cup, has become simply unnecessary for many teams. Because who is motivated by those four rounds of the group stage in June 2022, when the exhausting club season is behind us, and the World Cup, we repeat, is ahead?!

So we saw a large-scale rotation performed not only by the top teams. We saw how the current winner of the League of Nations France is simply happy that they did not fly into the second division. We saw how the Croats reacted very casually to reaching the final four – they were truly happy about the ticket to the World Cup. And the captain of the failed England team (she flew to League B), Harry Kane, calmly and frankly said: “If we perform well in the World Cup, then the fans will no longer worry about the failure in the Nations League.” Cynically, the English star simply set priorities that are relevant to many.

More matches – not only more money, but also more problems

The format itself with groups of three teams is problematic and flawed. While two teams are fighting, the third stands on the sidelines and just waits, but at the same time gains an advantage in freshness over one of the opponents.

The main thing is that the groups in Leagues C and D became the most complete. That is, most of the matches were held between the weakest participants in the League of Nations.

UEFA decided that Leagues A and B should be expanded to 16 teams. After all, then more matches are played by the strongest, and this is additional profit and interest. But such an expansion was layered on the coronavirus and calendar problems from the previous section.

The 2020/2021 season was maximally compressed in terms of time. Many leading European federations proposed to abolish the second League of Nations altogether. The third LN suffered due to the large session of June 2022. There are now more top-rated matches. But there were more injuries. “Barcelona” and “Milan” are so simply shocked by the current September session.

In such conditions that the players implicitly begin to take care of themselves, that the coaches have to rotate, sometimes forcedly. This is only to the detriment of the level and attractiveness of the League of Nations.

So, the League of Nations is not needed? Need!

However, the arguments in favor of the still young tournament are easy to find. The main one is that the League of Nations is simply better than friendly matches. But there are others.

Firstly, the finals of the four LNs were really exciting. Especially the one that took place in October 2021: with France’s strong-willed victories over Belgium in the semi-finals (0:2-3:2) and Spain in the final (2:1). 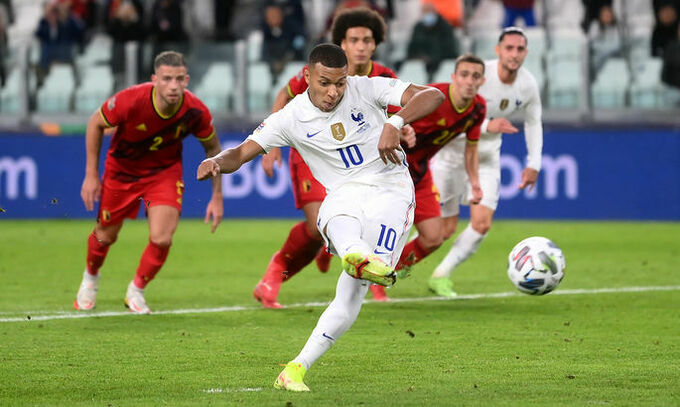 Secondly, the variety pleases. After all, nine different teams have already become participants in the final four. Hungary could have been tenth, but lost to Italy in the decisive match.

Thirdly, he helped to gain high motivation for many below-average teams. Thanks to the Nations League, North Macedonia played in a major tournament for the first time – to the delight of Ukraine, by the way, because who else would we beat to get into the playoffs of Euro 2020?! Now the teams of Kazakhstan and Georgia have got a chance to break into Euro 2024. Georgians – for the second time during the participation in the League of Nations.

Fourthly, this tournament is useful for Ukraine. Again, in the fall of 2018 in the League of Nations, our team gained confidence before the subsequent successful selection for Euro 2020. The second LN helped to temper in the face of personnel problems and confrontations with top teams.

Italy should especially thank the League of Nations. After all, in the first draw of the LN, the Azzurra Squadra was able to rebuild after a shameful failure to qualify for the 2018 World Cup. And the second draw allowed the Italians, as they say, to grow and strengthen their shell, which in the end no one could split at Euro 2020. It is clear that without the postponement of the European Championship for a year, the alignment would be different. But Italy skillfully used the League of Nations to its advantage.

Patrick van Leeuwen: “All the problems for Zarya at once – both anxiety and lighting”