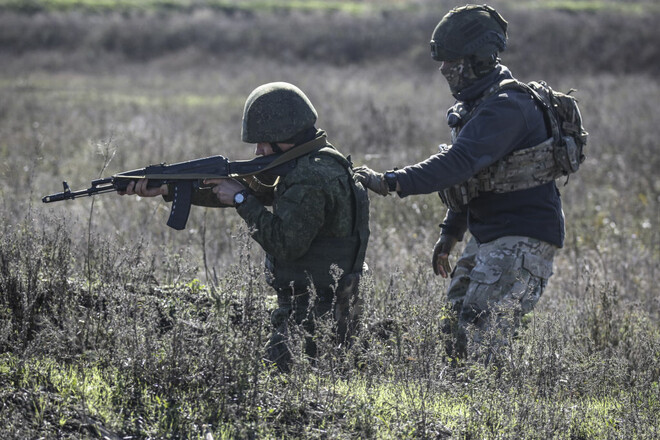 The General Staff of the Armed Forces of Ukraine reports that reinforcements from 500 mobilized criminals have arrived to reinforce the Russian army in the temporarily occupied territory of the Donetsk region.

“The commanders of the newly arrived units were appointed officers from among the former Russian law enforcement officers. The command of the Russian troops issued an order to confiscate mobile phones from all arriving mobilized.

Over the past day, the invaders launched 8 missile and 15 air strikes, carried out more than 70 attacks from the MLRS. Three X-22 cruise missiles of the enemy did not reach their targets. Objects and the civilian population of more than 25 settlements suffered from enemy fire. Among others – Novomikhailovka, Zheleznodorozhnoe, Controversial, Davydov Brod, Blagodatovka and Mirnoe. The strikes on Kharkov, Zaporizhia, Nikolaev and Nikopol were made solely to destroy civilian premises and the critical infrastructure of cities.

During the day, the Armed Forces of Ukraine repulsed the attacks of Russian invaders in the areas of the settlements of Vyemka, Krasnoye, Bakhmut, Mayorsk, Veseloye, Pobeda, Nevelskoye, Kamenka and Ternovye Pody.

Our aircraft dealt 23 strikes. There is a defeat of the stronghold, 15 areas of concentration of weapons and military equipment, 7 air defense systems. In addition, our air defense units in different directions shot down more than 20 enemy UAVs, including 5 Orlan-10, 15 Shahed-136 and 1 Mohajer-6.