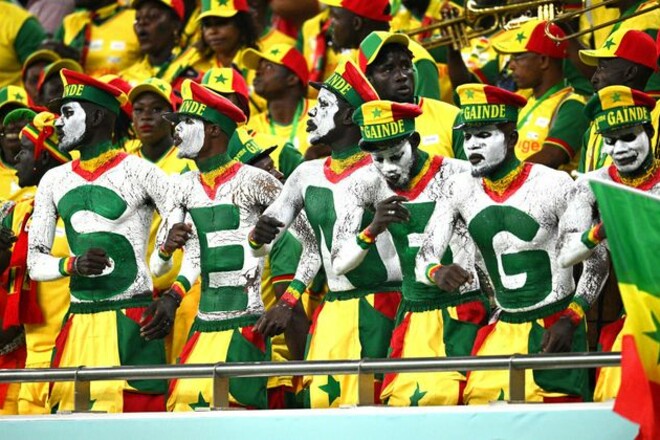 On Friday, November 25, in Doha at the Al-Tumama Stadium, the second round match of the 2022 World Cup in Group A will take place, in which Qatar and Senegal will play. The starting whistle of Spanish referee Antonio Miguel Mateu Laos will sound at 15:00 Kyiv time.

The attitude towards the host team of the 2022 World Cup in most countries of the globe before the start of the tournament was quite skeptical due to the influence of all extraneous factors that do not directly relate to football. To them, one can also safely add the uncertainty for the general public of the state of affairs with football in the country as a whole. During the preparation of the team for the tournament, the Spanish coach Felix Sanchez did everything in his power to ensure that we did not know at all about the tactical developments that his team uses, simply hiding from prying eyes the events of the final friendly matches against Albania (1:0) and Panama (2:1).

The positive effect of this mystery was absolutely zero – the “burgundy” went to the opening match of the home world championship, got nervous, received two conceded goals from Ecuador (2: 0), after which they left the field in the hope that they would succeed in the second game for sure at least score a goal. And if only to understand, due to what exactly Qatar wants to achieve success in the attack in the remaining meetings. The football shown earlier, frankly, did not impress. Team leaders like Akram Afif or Ali Almoez did not compete even with the South American team, far from reliable in defense, and it’s not at all clear what to expect in the game against the more mobile and physically enduring Senegal. It’s good that before the upcoming game we are at least not talking about the possible contractual nature of the confrontation, since everyone saw perfectly well that a series of five friendly matches without defeat before the World Cup played by the Qataris is in fact worth absolutely nothing.

The Senegal national team during the match against the Netherlands gave a good fight to the representative of the European subcontinent, but also lost with a score of 0:2. But this result has absolutely nothing to do with the game with the participation of the future rivals of the Aliou Cisse team, if we put these matches in direct comparison. Here the factor of the level of opponents affects, and the football itself performed by the African team was of a completely different level. And we still do not mention the personnel clip of the Senegalese national team, which is replete with representatives of not just European championships, but the best leagues and teams in this part of the world.

It is obvious that, like all representatives of Africa, Teranga Lions lack stability throughout the game, which was only confirmed by goals in the last 15 minutes from the Netherlands a few days earlier. However, like most representatives of the continent, Senegal can easily emphasize the impressive physical abilities of its players and is unlikely to lose in a game against opponents who did not demonstrate this in the first match. And on the mental level, the guests of the upcoming game clearly feel more confident, as they will have another match against Ecuador ahead, thanks to the victory in which they can count on reaching the playoffs.

We believe that the African team will be stronger in the upcoming match. Our bet will be the position – Handicap. Senegal (-1) with a coefficient of 2.25 on the Parimatch line.

Vinicius JUNIOR: “I told Richarlison in the dressing room that he should score”

Source: Chernihiv and Bukovina may become members of the First League